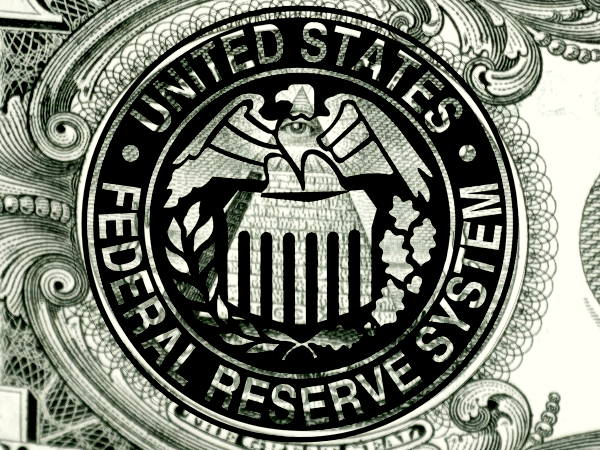 A few weeks ago we reported the Fed was getting hawkish despite what they were calling “low inflation.”

In that article, we showed rates possibly being raised more than 4 times in 2019. But more importantly, we warned that anyone investing in the market should start preparing to expect the unexpected.

And right now, it looks like the Fed’s bizarre moves are continuing.

A common signal of economic health from the bond market involves looking at the difference between the 2-year and 10-year rates (also called the “spread”).

Over the last three decades, when 2-year yields are lower than the 10-year bond yields, it signaled a healthy economic outlook. 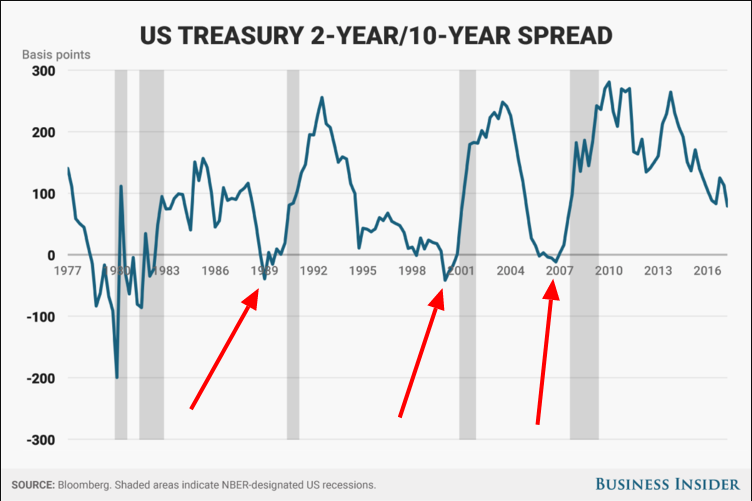 So the yield curve is a fairly reliable signal for imminent recession. And notice the downward trend of the yield curve on the right side of the graph. That indicates a flattening yield curve heading towards inversion.

And when we zoom in, the picture looks even more dire.

This is the lowest spread since the 2008 Great Recession, and already much lower than the historical graph above.

There is no doubt the yield curve is flattening, and at an alarming pace.

Taking the historical data into account, if this trend continues and it does invert, that would be a signal of an imminent recession.

And one more Fed rate hike could invert it, according to Investing.com.

But strangely, it looks like the Fed wants to sweep the yield curve signal under the rug.

Fed: “When the Yield Curve Creates Doubt, Throw it Out”

So as the curve flattens, and gets ready to signal a recession, at a recent FOMC presentation the Fed examined the prospect of replacing it.

Wolf Richter commented on this presentation, and explained what the “new” indicator examined:

There was no indication in this meeting that the FOMC members had any doubts about the reliability of the original yield curve signal.

But unusually, the “staff” did hint that the change-of-indicator may be made because they don’t like what the flattening yield curve points to.

From the June 12-13 FOMC meeting minutes:

The staff noted that this measure may be less affected by many of the factors that have contributed to the flattening of the yield curve, such as depressed term premiums at longer horizons.

So the Fed doesn’t favor an indicator that points out the distortions it is creating. Then it replaces that indicator with another one that doesn’t do that?

Seems awful fishy, like one of those shell games where you try to guess which shell the ball is under (but the ball isn’t there).

Gold is historically consistent during uncertain market conditions like these. In fact, central banks have remained buyers and demand all over the world is heating up.

So hedge your bets against the Fed “shell game” while there’s still time.