Former President Luiz Inácio Lula da Silva, who plans to run again in the 2022 Brazilian Presidential Election, believes Zelensky is equally responsible for the ongoing war. “I see the president of Ukraine, speaking on television, being applauded, getting a standing ovation by all the [European] parliamentarians,” he said when speaking to Time. “This guy [Zelensky] is as responsible as Putin for the war.”

Lula believes Zelensky made a fatal misstep by failing to promise he would not seek to join NATO. Furthermore, he believes that he should have negotiated a settlement with Russia’s Putin long before the fighting began. “We should be having a serious conversation. OK, you were a nice comedian. But let us not make war for you to show up on TV,” Lula said, claiming the Ukrainian president simply wants more fame and attention. 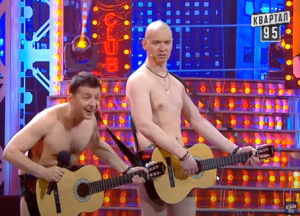 Current Brazilian President Jair Bolsonaro has not condemned Putin’s actions.  Vice President Hamilton Mourão claimed, “Brazil was not neutral,” but Bolsonaro quickly corrected that statement. “It is my decision, but I want to hear from people who are actually ministers to deal with these issues. We are for peace, we want peace. We traveled in peace to Russia. We had an exceptional interaction with President Putin,” he said, stating that Brail will not be taking sides. In fact, Bolsonaro traveled to Russia a week before the conflict began and spoke highly of his “friend” Putin.

Regardless of the West’s stance, Brazil does not appear poised to enter the conflict anytime soon. Brazil is likely more interested in securing lucrative deals with Russia now that they have been shunned from the global economy.