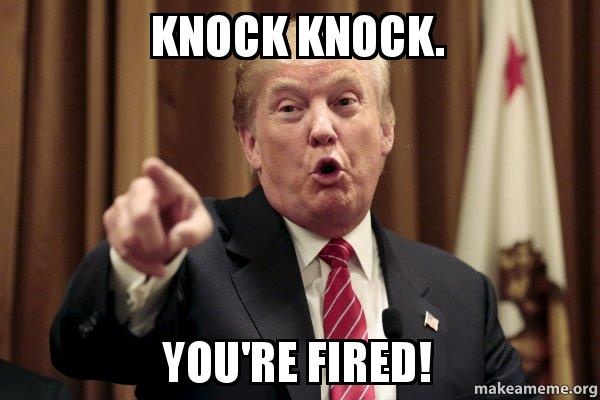 This quintessential swamp creature Brennan is a die-hard Obama-lover apparatchik, and he is famous for lying to Senate during his testimony on CIA spying on Congress back in 2014. He also lied to Congress in 2017, while under oath, mind you, as he claimed the so-called “intelligence” community did not use the Steele dossier in order to obtain FISA warrants, for spying on Donald Trump’s campaign officials in 2016.

Brennan is also known for his temper tantrums on Twitter:

Donald Trump’s press conference performance in Helsinki rises to & exceeds the threshold of “high crimes & misdemeanors.” It was nothing short of treasonous. Not only were Trump’s comments imbecilic, he is wholly in the pocket of Putin. Republican Patriots: Where are you???

Your fear of exposure is palpable. Your desperation even more so. When will those of conscience among your Cabinet, inner circle, and Republican leadership realize that your unprincipled and unethical behavior as well as your incompetence are seriously damaging our Nation. t.co/n6ivjOYxzo

The last couple of weeks were pretty interesting. I mean, Magilla Gorilla has lost his security clearance and Strzok lost his job at the FBI, though he probably still works (and cashes paychecks) from the CIA. Regarding Brennan, he never should have had a security clearance. Communists, especially self-declared Communists, should be kept from such privileges, and it’s unbelievable Brennan ever had a clearance in the first place. However, when you understand that the overwhelming majority of US politicians for the last 50 years have been and are Communists, things are beginning to get more clearer.

John thought he was above the law, like many others before him, and President Trump called his bluff. Bigger problems are coming down the pike for him. There’s intel indicating that Brennan linked up with British Intelligence to begin the fake Russia-Trump collusion investigation:

See also  Trump FIRST COME THE TANKS, THEN COME THE NUKES. Get this crazy war ended, NOW. So easy to do!

“Lastly, Robert Hannigan, former head of British intelligence agency GCHQ, is another personality of note in the formation of the RussiaGate narrative and its surprisingly deep links to the UK. The Guardian noted that Hannigan announced he would step down from his leadership position with the agency just three days after the inauguration of President Trump, on 23 January 2017. Jane Mayer in her profile of Christopher Steele published in the New Yorker also noted that Hannigan had flown to Washington D.C. to personally brief the then-CIA Director John Brennan on alleged communications between the Trump campaign and Moscow. What is so curious about this briefing “deemed so sensitive it was handled at director-level” is why Hannigan was talking director-to-director to the CIA and not Mike Rogers at the NSA, GCHQ’s Five Eyes intelligence-sharing partner.”

The fact that London is CIA territory was the first thing that occurred to me when Christopher Steele’s name was originally mentioned, even before information began accumulating about what really went down.  The Russian-collusion nonsense was both an attempt to smear Trump, and a cover for the REAL foreign interference in the election and post-election attempt to nullify the election. 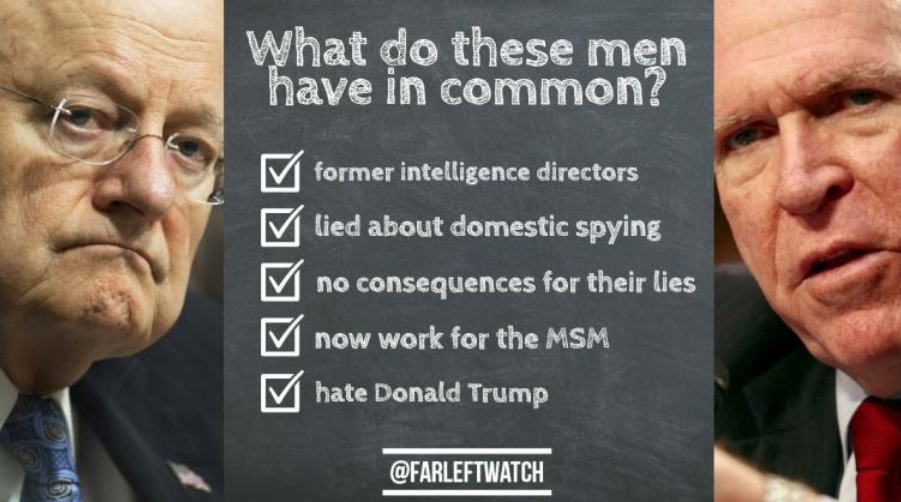 Is there a GoFundMe campaign yet for John Brennan? Seeing liberals electronically transfer money to a former CIA Director – someone who advocated torture and rendition durng Bush/Cheney and lied about drone killings for Obama – is the final #Resistance frontier. t.co/qBHaAMdwe1

Now revoke his freedom! In the intel community he has always been known as a POS! Obama raised him way above the Peter Principle based on his covert religion. The butt-hurt on the left started almost immediately after the news broke about Brennan:

What a vindictive little bitch.

Criticizing the president is perfectly acceptable for any American citizen to do. Making ad hominem attacks, with streams of personal insults attached without bases is simply slander. America’s press corp apparently can no longer tell the difference.

And here’s the islamo-commie himself:

This action is part of a broader effort by Mr. Trump to suppress freedom of speech & punish critics. It should gravely worry all Americans, including intelligence professionals, about the cost of speaking out. My principles are worth far more than clearances. I will not relent. t.co/TNzOxhP9ux

Remember where you read it first folks: John Kerry is next on the block. The State Dept. angle/collusion against Trump pre-election has barely been mentioned throughout this entire ordeal. Who do you think coordinated pre/post election with our “allies” who then tried via their own  intelligence agencies to undermine Trump pre/post election from abroad?

This is a treasonous scandal of immense historical significance that’s still only being unraveled and revealed slowly. Revenge and justice is best served cold. I’d say approx. 2 years of this witch hunt against Trump has cooled down just enough to the point that he and the DOJ are about to warm things back up.