They should dub this “Covid 21 Pro Max”

As I already told you, the entire pandemic-hoax is based on a very flawed PCR test. Every person on Earth can test positive. The PCR test’s accuracy is so low, that you have a 30% chance of receiving a false positive even if you were on a deserted island all year.

Now the legacy media claims a new strain of the killer virus is on the prowl, attacking people left and right, even vaccinated ones, and we should remain locked in our homes for ever. 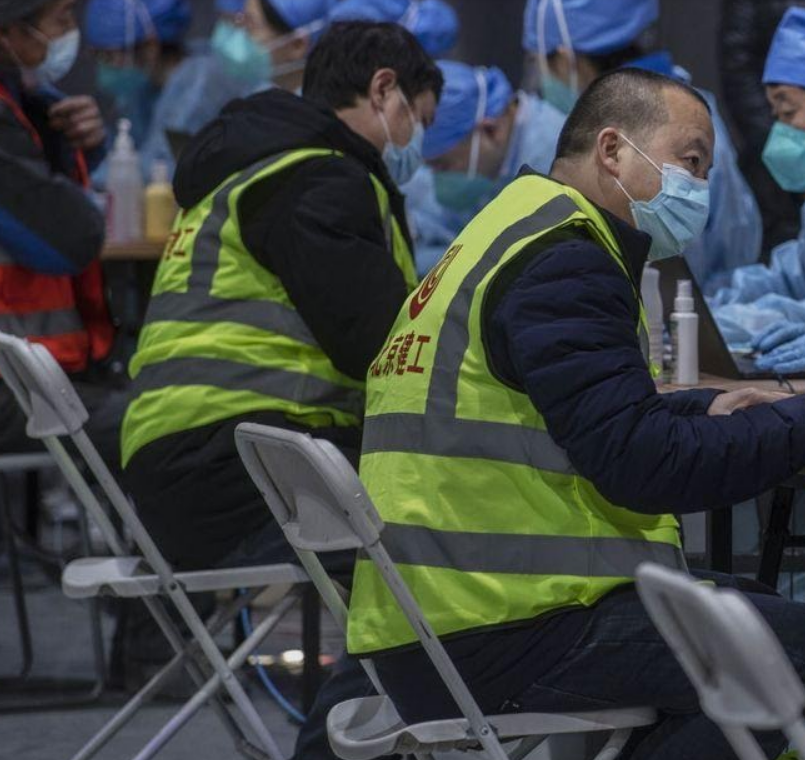 China is done apparently. So is Canada:

A top doctor on Ontario’s COVID-19 scientific advisory committee says the province could face up to 40,000 new cases each day by the end of February if a virus variant that originated in the U.K. takes hold.

Everyone is dying everywhere.

The bodies are piling up in the streets.

It’s all happening, it’s all real.

Everyone is going to die.

Hey, let’s think a little bit for a change.

One year ago and young guy from Seattle travelled to Wuhan. When he got back, he wasn’t sick. He never felt ill, but thought he should get tested for the virus. Whatever they found using a PCR test, probably run until the entire test lit up, was called SARS-Cov-2. He became patient zero in the USA.

A few days after he left the hospital, he started feeling awful. He was then diagnosed with hospital acquired pneumonia. He was given steroids and antibiotics. A few days later he recovered.

The hospital acquired pneumonia was covered up by the press, and his symptoms were later blamed on his Covid infection.

Two weeks later a Chinese woman would go to a medical conference in Boston and supposedly infect everyone in the room. This started the “outbreak” in the NE and quickly started the forced closures and lockdowns.

From January to April 14th, the state of Ohio had less than 400 reported cases and 14 deaths. Then the CDC released their guidance that allowed any symptoms from virtually any disease to be labeled Covid and deaths could be labeled Covid with no proof. The financial incentive of $18k per positive test, and $38k if ventilated was created.

The Scamdemic began on April 14th. There hasn’t been a single truth told about Covid from the media or the government since the beginning.

All those that spoke the truth were silenced. Kind of a test run for silencing Conservatives after the installation of Joe Biden.

A quick word about masks

Mask mandates since May have killed at least 120k people through increased bacterial and fungal lung infections. The number could be higher than 200k. Every doctor’s office has seen increased lung infections since the mask mandate. Strep, ear infections, conjunctivitis, etc are all up.

Every dentist has seen an increase in cavities, gingivitis, and gum disease. The masks greatly increase the bacteria levels in your mouth. Dental problems can lead to heart disease and other organ failures if bacteria enter the bloodstream.

These infections that could have easily been treated, were called Covid and the people suffering paid the price. Why treat a bacterial infection when you can get $18k for calling it Covid.

The psychological effects of the mask mandate on children will be life long. The effects of depression leading to drug abuse and suicide will be off the charts. We are seeing record calls to suicide help centers.

Children under the age of five will never develop the ability to properly identify faces and emotion. Further isolating themselves from normal society. Toddlers may even fear people without masks, as they will come to recognize a person as someone who has a diaper on their face.

The mask mandates have been the greatest threat to public health in history. Potentially exposing billions of people to life threatening bacterial infections and causing life long mental issues.

The real issues with the mRNA vaccine don’t start showing up until mid February when most of the people start getting the second dose.

The second shot is where your body’s defenses are overwhelmed and the mRNA instruction set is accepted by too many cells for the body to eliminate.

You are now replicating synthetic DNA and modified cells. There is no telling what the long term effects will be, other than none of it being good.

What I’d like is for a scientist to isolate a real sample of SARS-CoV-2 and fulfill Koch’s postulates. No, the lab report on the CDC website is not proof of isolation. In that paper the technicians say that they did not fulfil a single one of Koch’s postulates, but that it didn’t matter because they ran a genetic sequence on the sample and it matched a portion of the supposed SARS-CoV-2 computer generated genome.

In July, the Canadian government was forced to admit that there had never been certified documentation of the isolation and purification of the SARS-CoV-2 virus anywhere in the world.

Just last week the Irish government was forced to do the same thing.

The CDC also released documentation that said that a real genome was never sequenced and the gold standard test was based on an AI generated genome that was pieced together from an incomplete sample from Wuhan that was passed through multiple animal subjects.

Power is and always will be a zero-sum game. Power that they are taking for themselves they are removing from you, the people.

For all of these weirdos involved with this lunatic cult, from the people making the choices at the top, to the women enforcing them at the bottom, it is that these rules give them power.