www.youtube.com/watch?v=J-N55b9jSTg
‘What would the gator be thinking?’ In a year known mostly for mayhem, misfortune, and madness, America’s media quickly proved themselves fit for narrating this first draft of history. All too often, when the news got tough, the TV news got weird. Embarrassingly weird. While picking 10 of the most egregious examples was no easy task, we’ve whittled thousands of clips down to four minutes’ worth that we think represent 2016 in a (really disfigured) nutshell. Without further ado, here are the media’s 10 most mortifying moments of 2016.
10. After Donald Trump’s underdog victory, many in the media looked for scapegoats. But Comedy Central’s Samantha Bee went the furthest — blaming white people for “ruining” America.
9. Hillary notoriously avoided direct questions from the press all year. So when Lester Holt became one of the few to somehow score a sit down with Mrs. Clinton, his softballs-only interview was journalistically humiliating.
8. Cuba’s long time dictator expired this year, and many in America’s media … mourned.
7. Perhaps not historically significant, but a particularly comical case of media malpractice came when an enchanted Andrea Mitchell breathlessly recapped the “magical” evening she was having at a Hillary rally.
6. Over on PBS, David Brooks and David Corn somehow connected the dots between Ted Cruz and Satan.
5. After the devastating mass slaughter in Orlando, the media embraced its unfortunate habit of speculating where things went wrong — looking everywhere, it seemed, besides Islamic terrorism.
4. After another tragedy — this time an alligator snatching a toddler from a Disney World beachfront — CNN’s Brooke Baldwin thankfully had the presence of mind to ask a local animal expert … what the alligator was thinking.
3. On MSNBC, the now-canceled Melissa Harris Perry worried that Flint, Mich., might become Obama’s … Fugitive Slave Act?
2. After Orlando, many progressive congressmen staged a sit-in on the floor of the House of Representatives. The media, you might be unsurprised to discover, went absolutely bananas with delight.
1. If there was one thing the media was absolutely sure of in 2016, it was … Hillary Clinton’s inevitable landslide victory. Whoops.
Grabien News: Montage: The Media’s 10 Most Mortifying Moments of 2016
news.grabien.com/story-montag… 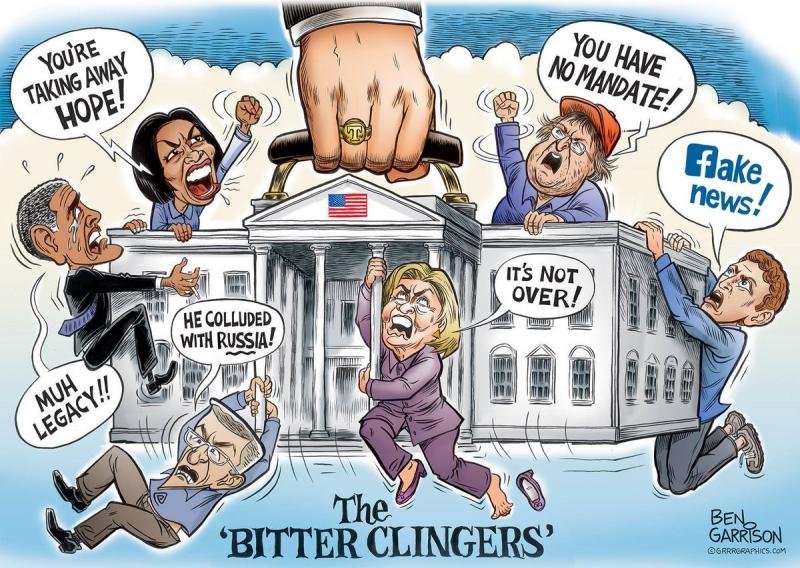