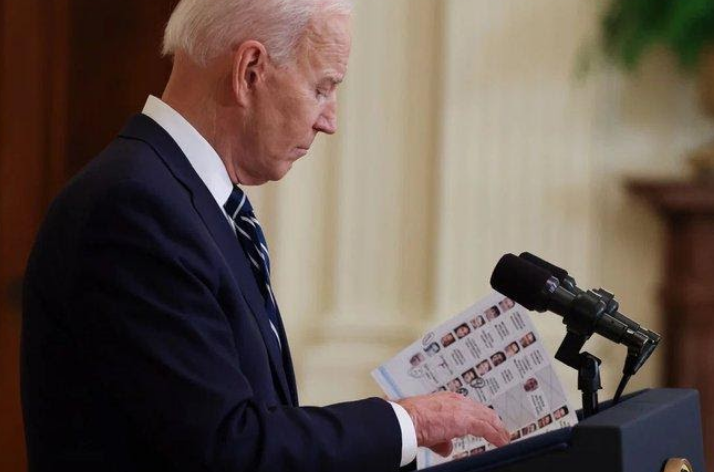 Motto: Corn Pop was a bad dude because he got Jim Eagled.

Alleged president Joe Biden just gave his first-ever press conference on Thursday night; he waited longer than any POTUS in history to do that, but let that go for now.

If you had the gumption to watch it ‘till the end, you most probably cringed at Joe’s pathetic and confused attempts to read his cue cards as he assured the American people that there’s nothing to worry about and everything is nice and dandy.

After watching his performance, it dawned on me that there’s absolutely no reason why a fundamentally befuddled and totally senile boomer cannot be an efficient POTUS.

Here’s the full hour, if you have the time and testicular fortitude to watch it:

Or, if you want to cut to the chase, here’s 10 minute highlights reel:

Everyone should watch the entire news conference. It was a complete disaster and the funniest thing you’ll see in years. I doubt we’ll be seeing another anytime soon. Not sure why everyone is downplaying what just happened. Even conservative commentators seem to be glossing over it.

And here’s the “kicker”: old Joe actually had a list with the photos of journos who were allowed to ask questions, as well as pre-written answers to questions. Because of nasty questions that could threaten democracy, doh!

Seriously, check this out:

JUST IN – Biden calls reporters of selected media outlets from a prepared list in his first press conference since he took office.

In case you were wondering, Biden will run for re-election in 2024, and he’ll keep saving America until 2028, when he’s like 86 years old. Some staffer wrote this line for him, and it was pure genius:

What does it even mean? I really don’t care, and to be honest, I’d be shocked if he makes it to June. Let’s face it, Joe isn’t cut out for the job, he’s an empty lot. What’s worse, Harris isn’t presidential material either and would be a danger for humanity.

Watch the sign language translator when Joe completely skipped his train of thought. It would be funny if it wasn’t so sad.

Joe Biden:   “With regard to the filibuster, I believe we should go back to a position of a filibuster that existed just when I came to the senate 120 years ago.”

Nobody asked about the national debt, or annual federal budget deficits exceeding 50% of spending, or how long this can continue.  If anyone asked Powell or Yellen about that last week when they were trotted out it didn’t make the evening news either. Somehow federal spending, which has traditionally been a big national issue, is no longer news at all right when it’s gone berserk.

Eventually the “woke” crowd are going to get good and woke about the realities of economics.  It’s a much bigger issue than transgender bathrooms, I assure you.

But I’m digressing. Here’s what I learned from this Biden presser:

The man should be in care whilst living out the last of his days. As much as it’s easy to laugh at a sick old man and the fraud that 81 million voted for him (more than any president in history) while he hid from view, it’s more of a reflection of the deep state and media that have created this Frankenstein drama for their own self-serving interests.

Anyone knowingly complicit in this is clearly evil.

PS: Did anyone notice this week that the press has been instructed by the White House to start referring to the administration as the “Biden-Harris administration”?  This is the first public groundwork for sending Ol’ Joe to the retirement home.