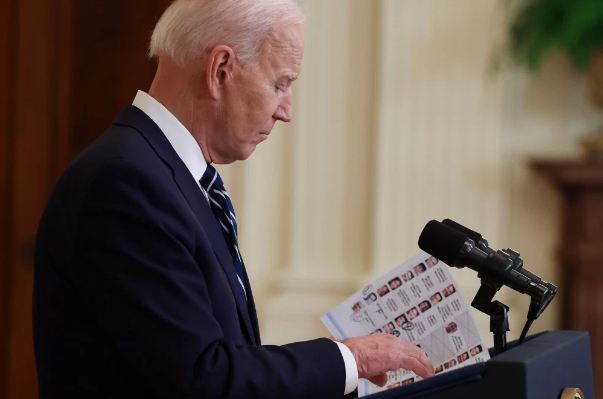 The Biden Administration is a complete disaster. As I have said, the Deep State got everything they ever dreamed of — the freedom to do as they like with no president in charge. But there is no position within the Deep State to which any of these agencies need to answer. Therein lies the problem.

The Taliban are religious fanatics. They will NEVER live in harmony with other religions because even on the surface, they do not allow women to be educated, which means no other religious belief will ever be tolerated. This is not much different from the Marxists. They too do not believe in capitalism and demand to regulate what everyone else does. Like the Taliban, the Marxists also cannot sleep at night, as they stay up worrying that someone else may not be doing what they approve.

Both groups are NEVER tolerant of others because they see their own world as threatened by anyone who does not comply. Hence, the Marxists killed probably 200+ million during the Communist revolutions in Russia and China, and they will kill many more this time around thanks to the World Economic Forum that is pushing the same agenda with nice words and empty promises. The Taliban has begun their genocide and will exterminate all who refuse to adopt their view of religion. Their genocide has begun. 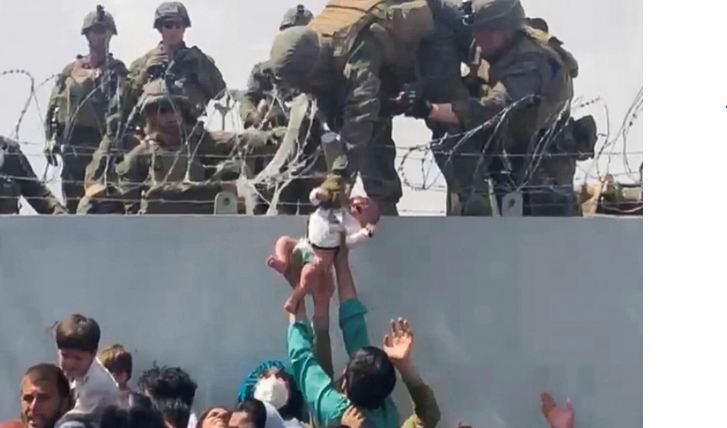 The heart-breaking images from Afghanistan show that America does NOT keep its promises. Here is a desperate plea to save their child’s life as a parent hands their infant to a soldier in hopes that they will have a better life.

Anyone who has met Biden can see he is far from being a brilliant leader. There is no light on behind those eyes. Even Osama bin Laden knew that about Biden. Bin Laden previously warned Al Qaeda NOT to target Joe Biden, as the NY Post reports, because he believed that his inheriting the presidency if something were to happen to Barack Obama would “lead the US into a crisis,” a resurfaced letter shows. Of all the people I know, all have a similar opinion that Biden is not a leader and that is not said on a partisan basis. Even Defense Secretary Lloyd Austin openly contradicted Biden within 30 minutes, telling Congress that Americans were beaten by the Taliban.

USA Today reported that the gates at the airport in Kabul were closed. The US Embassy in Kabul warned Americans on Saturday not to travel to the airport without “individual instructions from a US government representative,” because of potential security threats outside the gates. Britain is stunned by Biden’s stupid and “hasty” withdrawal from Afghanistan that has left perhaps more than 20,000 Americans and foreigners trapped in a nation spiraling into civil war. First, Biden said it was 10,000 Americans, which was then revised to 15,000. The sheer incompetency of Biden’s decision will go down in history as the worst probably of any president since 1792.

Yes, two-thirds of Americans wanted out of the war — but not like this. Biden simply looked at the poll and assumed he would be cheered. He told the nation: “I stand squarely behind my decision.” He tried to claim it was Trump’s decision, but Biden has reversed everything Trump decided he could get his hands on. Trump would never have left the country in such a mess with over 20,000 people left behind.

As the news kept getting worse, Biden fled Washington, taking no questions, and ran off to Camp David in hiding. Kamala Harris has remained silent, and sources in Washington are actually talking about impeaching Biden and Harris, but then it would fall to Pelosi. The pessimism in DC is like cancer growing, eating the support for the Biden Administration from within. It is becoming painfully obvious that Biden is incapable of making rational decisions. That is grounds for impeachment. Nobody seems to know what to do from here. Osama bin Laden was correct — Biden would lead the country into chaos. Indeed, now is the time to attack during his watch.

It would be nice if we could write the history of the United States and just end it with Trump’s loss. It is kind of like turning off the TV so the kids don’t watch Old Yeller die in the end. Indeed, even stories with happy endings are sad because they end. Perhaps we have reached that point in history.